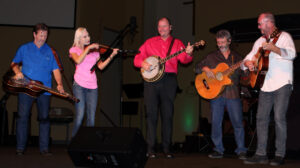 The Farm Hands are one of the most exciting and in demand bands in Bluegrass Music. Since their inception in 2010, the band has received over 80 award nominations, winning an unprecedented 30 major awards including Bluegrass Gospel Band of the Year at the 2019 Bluegrass Music Awards.

Their YouTube videos, Facebook, and Twitter pages have thousands of followers.   They are one of the busiest touring bands in bluegrass, performing over 150 dates per year.

For anyone who has seen them in concert, none of this comes as a surprise. The Farm Hands are one of the most exciting and talented bands in bluegrass music. The group features 4 award winning singers, musicians and songwriters, including two long time veterans of Nashville’s Grand Ole Opry. 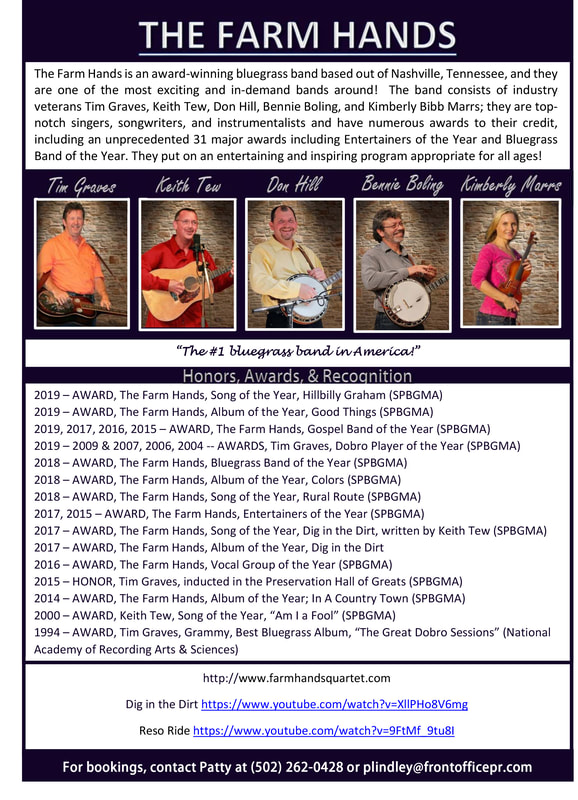 Shop on Amazon using this link and Podunk will receive a portion of the proceeds: